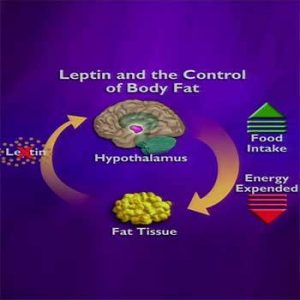 What is the leptin?
The leptin diet was designed by Byron J. Richards, a businessman and board-certified clinical nutritionist. Richards’ company, Wellness Resources, manufactures herbal supplements designed to support the leptin diet. He’s also written several books about leptin and its role in weight loss and health. Leptin was first discovered in 1994. It’s a hormone produced in the fat stores of your body. It is often referred to as the “satiety hormone” or the “starvation hormone.” Leptin’s primary target is in the brain — particularly an area called the hypothalamus. Leptin is supposed to tell your brain that — when you have enough fat stored — you don’t need to eat and can burn calories at a normal rate. It also has many other functions related to fertility, immunity and brain function. However, leptin’s main role is long-term regulation of energy, including the number of calories you eat and expend, as well as how much fat you store in your body. The leptin system evolved to keep humans from starving or overeating, both of which would have made you less likely to survive in the natural environment.

Impact on Your Brain
Leptin is produced by your body’s fat cells. The more body fat they carry, the more leptin they produce. Leptin is carried by the bloodstream into your brain, where it sends a signal to the hypothalamus — the part that controls when and how much you eat. The fat cells use leptin to tell your brain how much body fat they carry. High levels of leptin tell your brain that you have plenty of fat stored, while low levels tell your brain that fat stores are low and that you need to eat. When you eat, your body fat goes up, leading your leptin levels to go up. Thus, you eat less and burn more. Conversely, when you don’t eat, your body fat goes down, leading your leptin levels to drop. At that point, you eat more and burn less. This kind of system is known as a negative feedback loop and similar to the control mechanisms for many different physiological functions, such as breathing, body temperature and blood pressure.

What Is Leptin Resistance?
People who are obese have a lot of body fat in their fat cells. Because fat cells produce leptin in proportion to their size, people who are obese also have very high levels of leptin. Given the way leptin is supposed to work, many obese people should naturally limit their food intake. In other words, their brains should know that they have plenty of energy stored. However, their leptin signaling may not work. While copious leptin may be present, the brain doesn’t see it. This condition — known as leptin resistance — is now believed to be one of the main biological contributors to obesity. When your brain doesn’t receive the leptin signal, it erroneously thinks that your body is starving — even though it has more than enough energy stored. This makes your brain change its behavior in order to regain body fat. Your brain then encourages: • Eating more: Your brain thinks that you must eat in order to prevent starvation. • Reduced energy expenditure: In an effort to conserve energy, your brain decreases you energy levels and makes you burn fewer calories at rest. Thus, eating more and exercising less is not the underlying cause of weight gain but rather a possible consequence of leptin resistance, a hormonal defect. For most people who struggle with leptin resistance, willing yourself to overcome the leptin-driven starvation signal is next to impossible.

Can Leptin Resistance Be Reversed?
The best way to know if you are leptin resistant is to look in the mirror. If you have a lot of body fat, especially in the belly area, then you are almost certainly leptin resistant. It is not entirely clear how leptin resistance can be reversed, though theories abound. Some researchers believe that reducing diet-induced inflammation may help reverse leptin resistance. Focusing on an overall healthy lifestyle is also likely to be an effective strategy. There are several things you can do: • Avoid processed food: Highly processed foods may compromise the integrity of your gut and drive inflammation. • Eat soluble fiber: Eating soluble fiber can help improve your gut health and may protect against obesity. • Exercise: Physical activity may help reverse leptin resistance. • Sleep: Poor sleep is implicated in problems with leptin. • Lower your triglycerides: Having high triglycerides can prevent the transport of leptin from your blood to your brain. The best way to lower triglycerides is to reduce your carb intake. • Eat protein: Eating plenty of protein can cause automatic weight loss, which may result from an improvement in leptin sensitivity. Though there is no simple way to eliminate leptin resistance, you can make long-term lifestyle changes that may improve your quality of life.