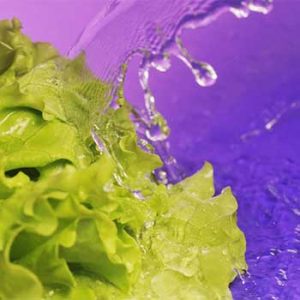 Along with drinking plenty of water. Eating foods that are water rich can also contribute to your hydration. Water rich foods can be made of any were from 96% to 80% water. These foods have many other benefits to them then just adding in hydration. Her is a list of 7 foods that can help keep you hydrated.

1.Lettuce is made from 96% water. It also provides 5% of your daily needs for folate. Folate is important for pregnant women, as it can help prevent neural tube birth defects. Additionally, lettuce is high in vitamins K and A, both of which have been studied for their roles in keeping your bones and immune system healthy. Furthermore, the combination of water and fiber in lettuce makes it very filling for a low number of calories. There are only 10 calories in a 1-cup (72-gram) serving.

2. Cucumbers are made from 95% water. Compared to other water-rich vegetables, cucumbers are one of the lowest in calories. There are only 8 calories in a half-cup (52-gram) serving, and their water content makes them very refreshing. You can eat a relatively large portion of cucumbers without adding a significant number of calories to your diet, which is helpful for maintaining your weight.

3. Coconut water, made up of 95% water also is rich in electrolytes, including potassium, sodium and chloride. Studies have shown that coconut water may be beneficial for rehydrating. And it’s thought to be helpful for exercise recovery due to its electrolyte content.

4. Zucchini made of 94% water. And as a result of its high water content, zucchini is fairly low in calories by volume, with only 20 calories in 1 cup (124 grams). Eating zucchini will contribute several nutrients to your diet, especially vitamin C, since 1 cup (124 grams) of it contains 35% of your daily needs.

5. Watermelon,1-cup (154-gram) serving contains over a half cup (118 ml) of water 92%, in addition to some fiber and several important nutrients, including vitamin C, vitamin A and magnesium. It is also quite low in calories, providing only 46 calories per cup. Furthermore, watermelon is rich in powerful antioxidants, including lycopene. This compound has been studied for its ability to reduce oxidative damage to cells, which has been linked to diseases such as heart disease and diabetes.

6.cauliflower contains 92% water. Additionally, cauliflower consists of more than 15 different vitamins and minerals, including choline, which is not found in many foods. Choline is an essential nutrient for supporting brain health and metabolism. You can use cauliflower as a replacement for less-hydrating grains by chopping it finely into “rice” or using it to make a cauliflower-based pizza crust.

7.Skim milk is made up of 91% water. It’s made up of mostly water and provides a considerable amount of vitamins and minerals, including vitamin A, calcium, riboflavin, vitamin B12, phosphorus and potassium. Not only does milk help with overall hydration, but it may also help you rehydrate after strenuous exercise. A few studies have shown that low-fat milk helped people stay hydrated after a workout, compared to sports drinks or plain water. This is partly due to milk’s electrolytes and protein content, which may help replace body fluid losses.