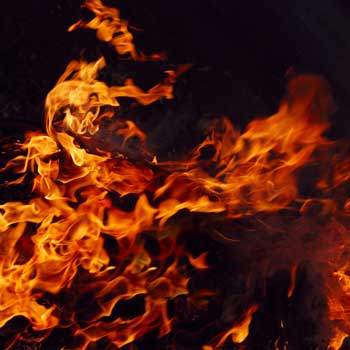 Thermogenesis is the process by which the body generates heat,or energy, by increasing the metabolic rate above normal. This rise in metabolic rate is referred to as the thermogenic effect, thermogenic response, or specific dynamic action(SDA).  Thermogenesis is activated by a few different mechanisms, including supplements,nutrition,exercise,and exposure to cold. Well, two types of diet supplements now generally available, combined with diet and exercise program, maybe able to help you trim those stubborn pounds. The first type of supplement, called thermogenesis, which include ephedra, caffeine and salicin (derived from willow bark), boost your metabolic rate, causing your body to burn calories faster plus curb the appetite. The second class, lipotropic substances, aid the body in fat mobilization, causing greater utilization of stored fat. These Products include chromium,Choline andInositol, carnitine and hydroxy citric acid(HCA). Both classes of supplements have been around in various forms for quite a while but are now enjoying greater popularity among dieters. Trying to cope with a weight problem is a dilemma expanding throughout modern society. According to 1995 Harris poll,nearly 75% of Americans are overweight. Although it’s well known that the way to lose weight to expend more calories than you take in, supplements may be able to help you burn off extra calories.

Supplements and You
Metabolic optimizers are supposed to aid weight loss through a process called thermogenesis.
Thermogenesis is a natural process in which fat is burned to produce body heat.  Fat that isn’t burned is Stored on the hips, thighs, stomach, etc.  Thermogenic agents are designed to counteract your body’s fat storage mechanisms by causing your body to maintain a higher metabolic rate- turning your internal thermostat up to box fat faster.  The thermogenic process can be jump- started by a number of factors including cold,exercise,food and dietary supplements. With thousands of thermogenic supplements on the market today, it can become very confusing. Most thermogenesis products can and will content the same ingredients, just indifferent mg. Remember, thermogenesis will not only increase the metabolism, but are stimulants. The Success for weight loss is to find a thermogenic product that is strong enough to curb your appetite, speeds up the metabolism some will burn more  calories, create heat so you burn more fat, but will not give you the unwanted side effects such as: jitteriness, nervousness, or heart
palpitations. Higher dosage does not mean faster weight loss, just more side effects.

Always remember these three cautions:
1) drink more water (because of the heat factor), 2)don’t skip meals (because of the low blood sugar), and3) do not take late at night (because they will keep you awake)

Concerns:
Chromium picolinate was linked to chromosome damage in a study published last year in journal of the journal of the Federation of American Societies for Experimental Biology. Diane Stearns,Ph.D., the lead author of the study, is a researcher at Dartmouth College.She explains: “we didn’t want to scare people without results, but wanted to send a warning flag to others in science that there may be as to be concerned about long-term, high-dose Chromium supplements.  “Daily ingestion of Chromium supplements of 600 micrograms for 5 years may lead to Chromium accumulation in tissues at levels near those used in study.Proponents of Chromium supplementation criticize the study because it was performed in hamster ovary cells not in humans. Yet, Dr. Stearns defends her results stating “This is a standard, universally-used assay to study the toxic effects on cells.”

Recommendation:
Although Supplement Manufacturers suggest that the American diet is deficient in Chromium, a diet rich in whole-grain breads and cereals(including beer)should provide sufficient amounts.In general, the more processed the grain, the lower the Chromium content (and that of other nutrients}. Consuming adequate wholegrain foods also provides the fiber and B vitamins needed for weight loss and energy production. If you choose to take Chromium use a maximum of 50-200 micrograms per day. The USRDA committee considers 50-200 micrograms a day a”safe and adequate” intake of Chromium.