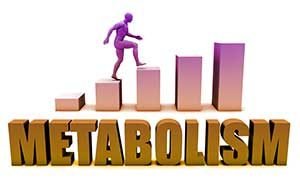 Your metabolism is the chemical engine that keeps you alive. The speed at which it runs varies by individual. Those with slow metabolism tend to have more leftover calories, which get stored as fat. On the other hand, those with fast metabolism burn more calories and are less likely to accumulate a lot of fat.

The speed of your metabolism is commonly known as metabolic rate. It’s the number of calories you burn in a given amount of time, also known as calorie expenditure. Metabolic rate can be divided into several categories:

Multiple factors affect metabolic rate, or the number of calories burned. These include age, muscle mass, body size, and physical activity. Metabolic rates vary by individual, even among infants. However, it is unclear how much of this variation is due to genetics. Metabolic adaptation or starvation mode is when metabolic rate slows down during a calorie-reduced diet or a fast. It varies between people and tends to be more pronounced among obese individuals. There are numerous things you can do to boost your metabolism. These include drinking cold water, sipping on coffee, getting more sleep, exercising, and eating protein.