Hormones and Your Body 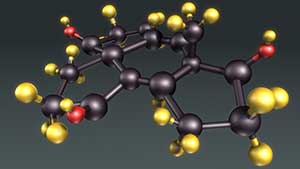 There are 9 major hormones that affect weight gain and weight loss. Insulin, leptin, Ghrelin, Cortisol, Estrogen, Neuropeptide Y (NPY), Glucagon – Like Peptide – 1 (GLP-1), Cholecystokinin (CCK), Peptide YY (PYY). Three of the most known players are insulin, leptin, and cortisol that we can take steps to regulate.

Insulin is a hormone produced by the beta cells of your pancreas. It’s secreted in small amounts throughout the day and in larger amounts after meals. Insulin allows your cells to take in blood sugar for energy or storage, depending on what is needed at the time. It also is the main fat storage hormone in the body. It tells fat cells to store fat, and prevents stored fat from being broken down. Avoiding or minimizing sugar, reducing carbohydrates, and filling up on protein are three things that help your insulin.

Leptin is produced by your fat cells. It’s considered a “satiety hormone” that reduces appetite and makes you feel full. As a signaling hormone, its role is to communicate with the hypothalamus, the portion of your brain that regulates appetite and food intake. Leptin tells the brain that there’s enough fat in storage and no more is needed, which helps prevent overeating.When leptin signaling is impaired, the message to stop eating doesn’t get through to the brain, so it doesn’t realize you have enough energy stored. There are a few ways to help the leptin hormone; avoid inflammatory foods, eat more anti-inflammatory foods – such as fatty fish, exercise regularly, and get enough sleep.

Cortisol is a hormone produced by the adrenal glands. It’s known as a “stress hormone” because it’s released when your body senses stress. Like other hormones, it’s vital to survival. However, chronically elevated levels of cortisol can lead to overeating and weight gain. Destress your body by having a balanced diet and doing things such as meditating or listening to music and getting a great night’s sleep every night.

This message is only visible to admins.