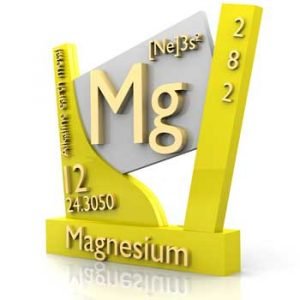 Magnesium is involved in hundreds of biochemical reactions in your body making it the fourth most abundant mineral in the human body. About 60% of the magnesium in your body is found in bone, while the rest is in muscles, soft tissues and fluids, including blood. One of magnesium’s main roles is acting as a cofactor or “helper molecule” in the biochemical reactions continuously performed by enzymes. It is involved in over 600 functions with some of them being; energy creation, protein formation, gene maintenance, muscle movement, and nervous system regulation.

During exercise, you may need 10–20% more magnesium than when you’re resting, depending on the activity. Magnesium helps move blood sugar into your muscles and dispose of lactate, which can build up in muscles during exercise and cause pain. Studies have shown that supplementing with it can boost exercise performance for athletes, the elderly and people with chronic disease.

Magnesium also benefits people with type 2 diabetes. Studies suggest that about 48% of people with type 2 diabetes have low levels of magnesium in their blood. This can impair insulin’s ability to keep blood sugar levels under control. Additionally, research indicates that people with a low magnesium intake have a higher risk of developing diabetes. Low magnesium intake is linked to chronic inflammation, which is one of the drivers of aging, obesity and chronic disease. In one study, children with the lowest blood magnesium levels were found to have the highest levels of the inflammatory marker CRP. They also had higher blood sugar, insulin and triglyceride levels. Magnesium supplements can reduce CRP and other markers of inflammation in older adults, overweight people and those with prediabetes.

There are many more benefits to your health that it can provided such as migraine prevention, reduce insulin resistance, improve PMS symptoms. It is safe and widely available to the public.